Learn About the Silk Road and Ancient Trade 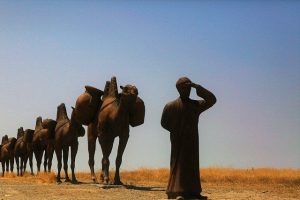 During the Han Dynasty in China, the Silk Road was a network of trade routes that linked Asian and European nations. Ferdinand von Richthofen popularized the name “Silk Road,” deriving from one of the major trade goods carried from China to Europe. The Silk Road was in use between 130 B.C.E. and 1453 C.E. At the end of this period, the Ottoman Empire began boycotting trade with the West, so the route was closed. The Europeans had become very reliant on having these goods from the East, so when the Silk Road was discontinued, they had to find a new way to get the things they wanted.

What Was Traded on the Silk Road?

Goods that were carried from west to east on the Silk Road included:

Goods that were carried from east to west on the Silk Road included:

How Was Currency Used Along the Silk Road?

Transactions along the Silk Road often took place as a series of trades: Merchants would buy a product, carry it along the road until they reached a good place to sell it, then go back where they came from to buy more. The person who bought the product would then carry it farther along the route and sell it, and so on. But since these transactions took place over a large area, merchants would sometimes find that the money they received from selling something was hard to spend in the place where they wanted to buy more goods to sell. To help merchants transfer money along the route, currency trading began. Currency traders would set a value for each type of money and help people to trade one currency for another. It was usually fairly straightforward, since most money was made from precious metal: As long as the amount of gold, silver, etc., in the coins was equal, they could make an even trade.

The Persian Royal Road: Precursor to the Silk Road

The Persian Royal Road was established under the Achaemenid Empire, and it connected areas in northern Persia with the Mediterranean Sea. Along the Persian Royal Road were stations where people could enlist couriers on horseback to deliver messages. The United States Postal Service was actually originally based on this method of delivering messages.

China and the West

Alexander the Great conquered the Persians and went on to establish Alexandria in 339 B.C.E. in what is now Tajikistan. Alexander didn’t stay in Alexandria, but he left behind his wounded warriors. These warriors married women who were native to the area and created a new culture known as the Greco-Bactrians. The Greco-Bactrian territory expanded until it reached China, leading to the first contact between China and the West.

There were ongoing conflicts between China and surrounding tribes at the time, and China’s emperor wanted to stop them. He sent an emissary out to negotiate, and one of the groups he came into contact with was the Greco-Bactrians. The emissary’s travels opened the door to more contact between China and the West and also initiated a Western horse-breeding program that helped furnish bigger and faster horses to the Chinese.

The Romans and Silk

In the Roman Empire, Chinese silk became a political and social issue. As Romans traded for silk, the fabric became more and more popular, even as conservative Romans claimed that wearing Chinese silk was immoral. Wealthy Romans wanted to dress in silk, and in time, silk became the most valued commodity in Rome; even the most conservative and influential Romans couldn’t stop people from wanting it and buying it. When the Roman Empire fell in 476 C.E., the eastern part of it became the Byzantine Empire, which continued to love silk.

The Chinese closely guarded the secret of where silk came from and how it was made, and so most of their trade partners thought that it must be made from a plant that they didn’t have. But the Byzantine emperor was determined to find a way to secure silk for his people without relying on trade through other rulers’ territory. He sent two monks into China to find and acquire the means to produce silk, and they returned with silkworm eggs that they had smuggled out of China. This gave the Byzantines what they needed to start their own silk industry.

The Legacy of the Silk Road

The Silk Road was more than just a way to move goods. The Silk Road was the way that people in these eras exchanged ideas, philosophy, technology, language, science, art, and religion. As merchants traveled back and forth, they share more than just items and ideas, though: They also shared germs. The bubonic plague of 542 C.E. was passed along over the Silk Road, and this illness devastated the Byzantine Empire. The 14th century plague, known as the Black Death, also was spread along the Silk Road.

When the Byzantine Empire fell to the Ottoman Empire in 1453 C.E., the Ottomans closed the Silk Road and cut off all connections between the West and the East. After the Silk Road closed, the Age of Discovery began. During this period, European explorers began using ships and charting new water routes instead of traveling over land. The Age of Discovery had a huge impact on people around the world as the Europeans began claiming the lands they found in the course of their trade. 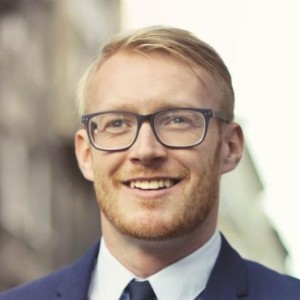